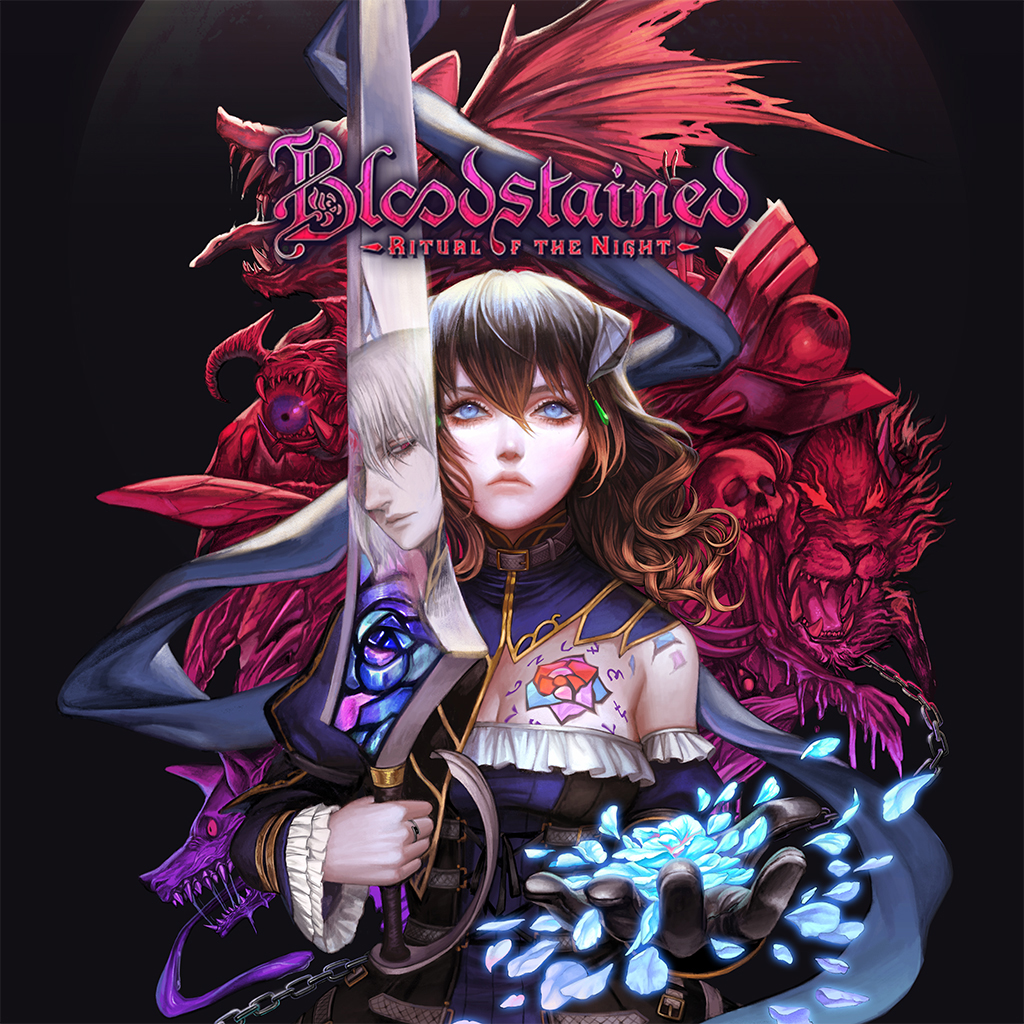 Preorders for Bloodstained are live! (Different platforms at different times.) The base price for the game is $39.99, and we have a lot more to announce…

First, the official Bloodstained website is live here! You can visit the site to preorder, check out all the trailers and screenshots we’ve released, sign up for our newsletter, and more. Feel free to link people to this site if they ever ask “what’s Bloodstained?” or similar questions.

Important: All Kickstarter order addresses will be locked in and FINAL on Friday, May 31, 2019 @ 11:59pm US PT. If you need to change your delivery address, please do so now. Once the deadline passes we won’t be able to change any addresses, no exceptions! (If you no longer have your survey link, you can have it resent to you.) Soon you’ll be receiving an email asking you to confirm or update your address: Please confirm it, even if your address is already correct, to ensure you receive your game as soon as possible.

We’re working very hard to make sure that everyone will receive their physical and digital game copies on launch day for their respective platform; we’ll of course be updating everyone as soon as we’re able to confirm this. All the backer rewards aside from the physical copies of the game will arrive later in a single shipment; we’re doing it this way to reduce the chances of anything interfering with our goal of the backers getting their games at launch.

Also, there will be a delay for the Amano poster backer reward. It’s still happening and coming your way, Amano-san has just been exceedingly busy, and when faced with a choice between having someone else do the art so the reward would come on time or having Amano make it, even if it comes a little late, I chose the latter. Hopefully you all agree we made the right choice, but we apologize for the delay nonetheless. 🙂 Will communicate more about this as soon as we can.

Speaking of backer rewards…stretch goals! Stretch goals will be coming after the game launches and will be free content updates for everyone who owns the game, not just backers. We are currently on track to update the game on day one with Boss Rush and Speedrun mode, as well as the Pure Miriam outfit.

Here’s a list of all the extra content coming later. No content has been cut from the stretch goals, so if you think anything is missing call it out and I’ll confirm / clarify. (There’s a lot to keep track of! ; _ ; )

Stay tuned for trailers and announcements of when this content will be launching!

As many of you will remember, we also asked the community a while back if they were against us making the ‘backer exclusive’ content (Iga Boss and Swordwhip) available to all players in some fashion. Almost 30,000 of you replied and the overwhelming response was that in general you were ok with it, and the most popular option was to sell it at a price that would respect the purchase the backers originally made.

To that end we’re announcing the “Iga’s Back Pack” DLC for $9.99, launching on June 18, 2019 for PS4, XB1 and PC, June 25, 2019 for Switch. Players who purchase this DLC will be able to fight the game’s creator, Koji Igarashi himself, and earn the powerful Swordwhip weapon by defeating him.

To try and be as transparent as possible, making this content available to everyone wasn’t just about making money. I mean obviously that’s a part of it, but the chief things I was considering was making sure everyone had a safe and legitimate way to get the full game experience no matter when they find out about Bloodstained, whether that’s 5 months ago or 5 years from now, and that we were being respectful of the price backers originally paid (hence the DLC pricing).

As someone who’s pirated games because of bull**** anti-consumer practices, or as a demo to try and then buy (something largely made obsolete by modern refund systems), I wanted to eliminate as many reasons to pirate Bloodstained as possible. All of the above = the “Iga’s Back Pack” DLC. Hope that makes sense. I understand that not everyone will be 100% happy with this decision, but hopefully this helps in understanding the reasoning behind it. And of course all backers entitled to this content will receive the DLC for free.

And finally, it was recently revealed that certain retailers would be giving away a Bloodstained FuturePak steel case for preorders of the game while supplies lasted. I’m happy to announce that we will be selling 800 stand-alone FuturePak steel cases for $14.99 exclusively to backers.

These cases feature a glossy metal renditioning of Mana Ikeda’s fantastic box art for the game, and an internal hinge so when fully opened the case creates a flat surface to display the art. The cases hold game discs and Switch cartridges. We’ll be sure to announce exactly when these will go on sale, so stay tuned!

That’s it for today everyone, as always, thank you for all your incredible support, this community is one of the most amazing I’ve ever seen. Come talk to us on Discord, we actually reply! And listen! It’s crazy, I know! 😛 Talk to you soon…

IGA here. The preorder for Bloodstained: Ritual of the Night has finally begun.

This project was a series of many challenges.

Even though we are doing things the usual way, I have come to realize that it’s full of hardships when the environment changes. However, the countdown to the game’s release has begun.

To all backers: Please recommend Bloodstained to your friends who have not heard of it yet!

Our journey is not over yet, so we will continue to work our best!

Bloodstained: Ritual of the Nightのプレオーダー始まりました。